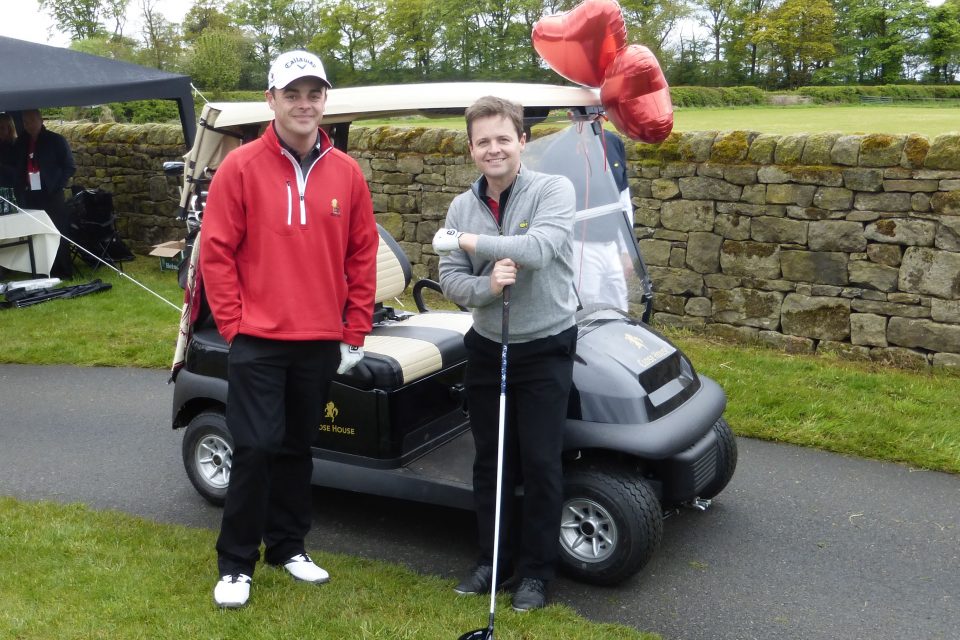 Last week saw us supply over 40 additional golf buggies and utility vehicles for a one day event at the spectacular Newcastle golf club, Close House. Each year the club puts on a host of charity competitions and events, however the Have a Heart Trophy which took place on the 18thMay is by far the largest of the year. The event raises money for the children’s heart unit at the Newcastle Upon Tyne, Freeman Hospital, and sees both of the clubs courses in full use as 200 golfers tee off on the day.

This year’s 2015 trophy welcomed over 50 celebrities who came along to show their support for this fantastic cause. To name just a few, the famous faces included the club’s attached tour pro Lee Westwood, Ant and Dec, and Newcastle United legend Alan Shearer, all of whom were more than happy to let us get a quick shot of them using their Club Car golf buggies.

At MTS we sent buggies from our Yorkshire, Cumbernauld and County Durham depots to help make up the vast fleet required to ensure every golfer had use of a buggy. Close house also made use of 5 extra petrolutility vehicles for green staff to use as run-around’s during the event. TheCarryall 550 vehicles provided had already seen almost as much of the limelight as some of the events guests, having previously been used at the 2014 Ryder Cup at Gleneagles Hotel in Perthshire.

In addition to this fleet MTS also sent two brand new Club Car Precedentgolf buggies, which would be donated as prizes in the clubs hole in one competition held on the 9th hole of both the Colt and Filly courses.

This year’s event has proved a huge success and managed to raise £70,000 more than last year, with the total figure raised over £300,000. We would like to thank all at Close House for the hard work which goes into this event, allowing the money to be raised to support The Children’s Heart Unit each year.