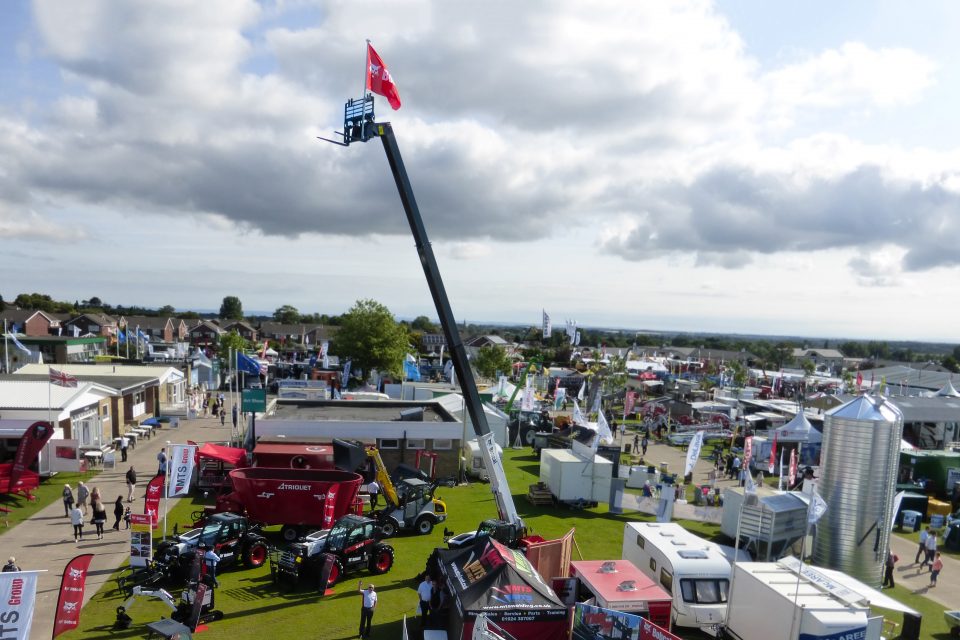 After months in the planning the second week in July saw us exhibit alongside Bobcat Europe at the 2015 Great Yorkshire Show. The Great Yorkshire Show is one of the UK’s largest and oldest Agricultural shows and can trace its roots right back to the 1800’s. This year’s three day event attracted over 130,000 visitors which included Royal guests Prince Charles and Camilla.

The show which is held at the Great Yorkshire Showground in Harrogate, features a range of exhibitors as broad as the site is large. Visitors can find stands and stalls featuring everything from supermarkets to supercars. However, the main focus of the event is the agricultural industry. Livestock is showcased through the day, and of course there is a good selection of plant machinery for interested attendees to view.

This year saw us man our largest, and arguably best ever stand. With the help of Johan Bursell, Bobcats District Manager for Telescoping Handers, we were able to include three Bobcat Telehandlers in our line-up. One of which the 18m T40180 which was fitted with a boom mounted flag which was clearly visible from almost anywhere on the showground, and was the second tallest object on the site with the exception of the big wheel. The three telehadlers were clearly the star of the show for us, as almost every customer who came to visit us on the stand had something to say about them, and hopefully we will have a few demo’s lined up for the coming months.

The 2015 show has been our most successful yet, as we came away with a healthy stack of customer enquiries and questions which will be keeping us busy in the weeks to come. As is shown in the image gallery we also had a good variety of skidsteer and tracked loaders on show, alongside an E10mini digger and a large 5 ton Bobcat E50 excavator.

We would like to take this opportunity to thank everyone who came to visit us on the stand, along with all who supported us on the stand including Steve and Dale from J Wood & Son, and Johan Bursell and Alastair Jones From Doosan Bobcat.